From January 25-28th, several venues were arranged in Cornwall to honour all those who died in the Holocaust in observance of Holocaust Memorial Day. School visits, services at the universities in Falmouth and Exeter, Truro Cathedral and Redruth Baptist Church were held with six of our members participating. Many of the events were organised by Cornwall County Council and the Diversity Team of Devon and Cornwall Constabulary. 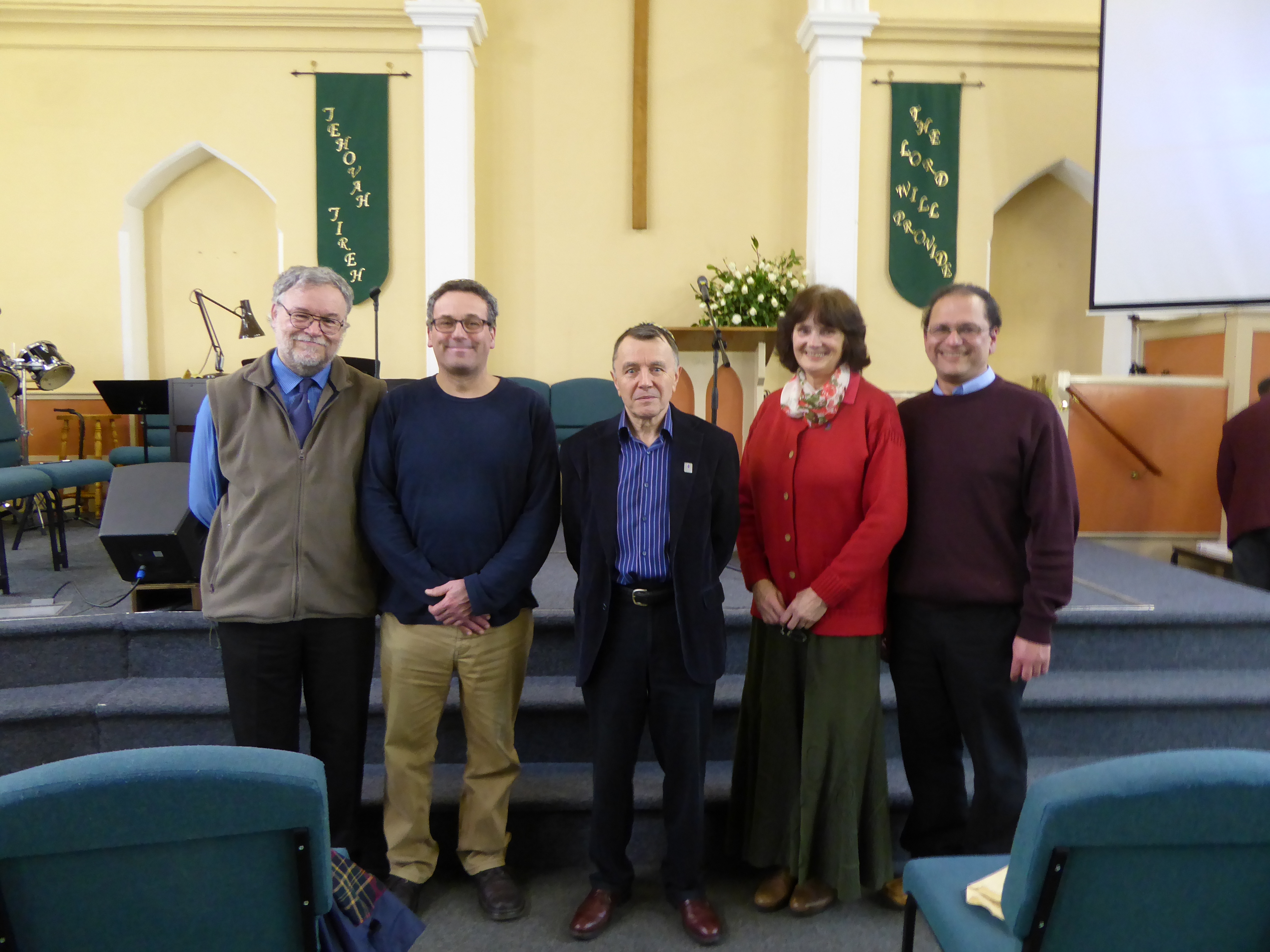 Memorial Service-An inter-faith gathering of over 80 people attended the Service to remember all those who died in the Holocaust at the Redruth Baptist Church. From left to right are: Andrew Chapple, Elder of RBC, Adam Feldman, Jeremy Jacobson, Gillian and Michael Saldivar (RBC). Pat Lipert led the service.