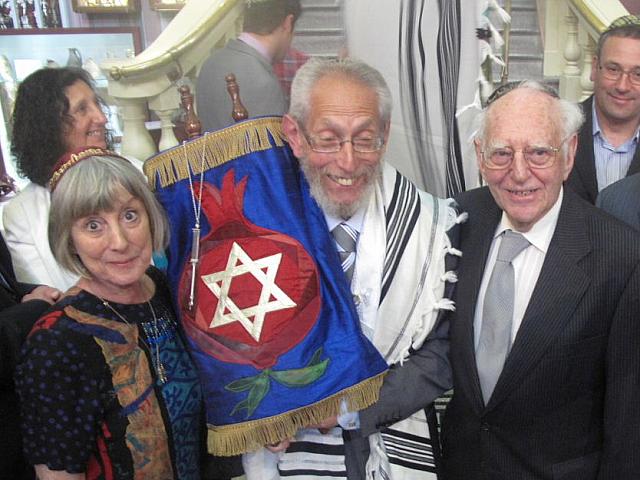 After a good deal of perseverance and dogged determination Leslie Lipert our treasurer has finally succeeded in persuading the Royal Cornwall Museum to part with a Torah Scroll which was last used over a hundred years ago by members of the Falmouth synagogue.

Following an anonymous donation the scroll has been rehabilitated by a well-known scribe from London and will be officially handed over to Kehillat Kernow on May 28th 2014.

We hope to make a short parade from the museum in Truro to the City Hall where Elkan Levy will conduct an appropriate service followed no doubt by a speech from HK, and possibly one or two others and then a celebration lunch will follow.

Due to the limited seating available members of Kehillat Kernow are urged to apply for tickets as soon as possible as those available will be granted on a ‘first-come — first served’ basis.

The parade will be proceeded by a Cornish piper who will play appropriate music as we wend our way through the busy streets of Truro on this extraordinary occasion.