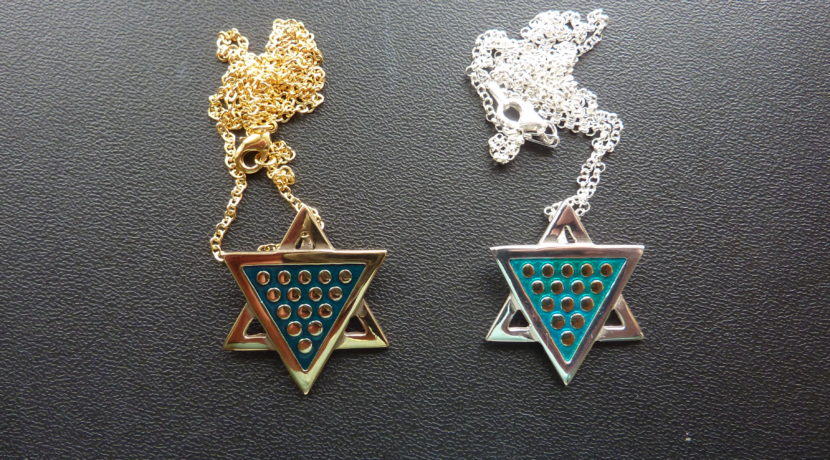 “The arms of the Duchy are blazoned sable, fifteen bezants. These arms were designed in the 15th century, based on the arms of Richard, Earl of Cornwall (1209-1272). The bezants in Richard’s arms were intended to represent peas, known in French as pois, as a punning reference to the French region of Poitou, of which he was count.” – From Wikipedia

Purchase from the Kehillat Kernow Shop.