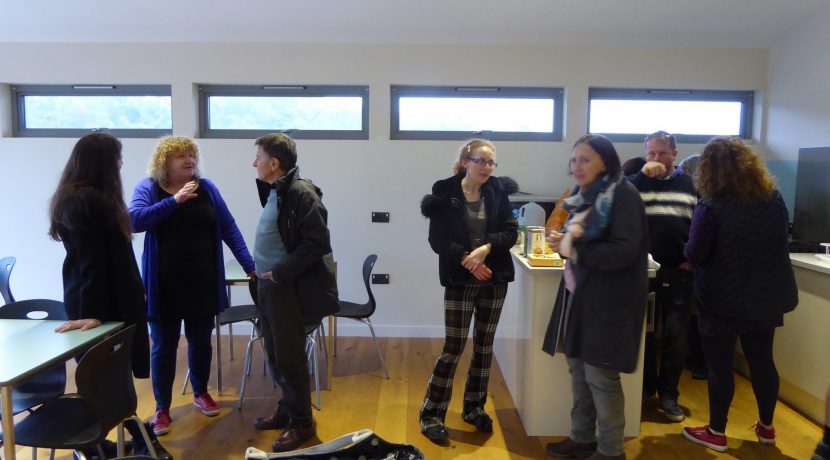 The Film/Food/Book/Fact Club met April 6th at Malpas Village Hall for another fantastic evening of good food, conviviality and discussion to view the film, ‘Disobedience,’ based on the book by the same title by Naomi Alderman.

Both the film and the book raised all kinds of avenues for discussion as both genres examined the impact of the death of the revered eminent Rabbi Krushka on the alternative lifestyles in the orthodox community of Hendon.Issues of freedom of choice verses tradition, various interpretations of Jewish law and how it could and should be practised, the physical and psychological impact of being raised in a strictly orthodox community and what constitutes happiness were all addressed through various central characters in depth and through stereotypical personages of stock Jewish members of a closed community:the gunzer machers, the movers and shakers, the academics, the variant family units, the frumers and the free spirits.

Many thanks to Adam and Melanie Feldman for arranging the venue, Jeremy Jacobson who provided the film, and to all those members and guests who helped with the ‘washing up’ to ensure that it was another fine, unmissable evening for the Film/Food/Book/Fact Club. If you haven’t attended one of these KK  events, make sure you catch the next one!

Click here to view pictures taken on the night.