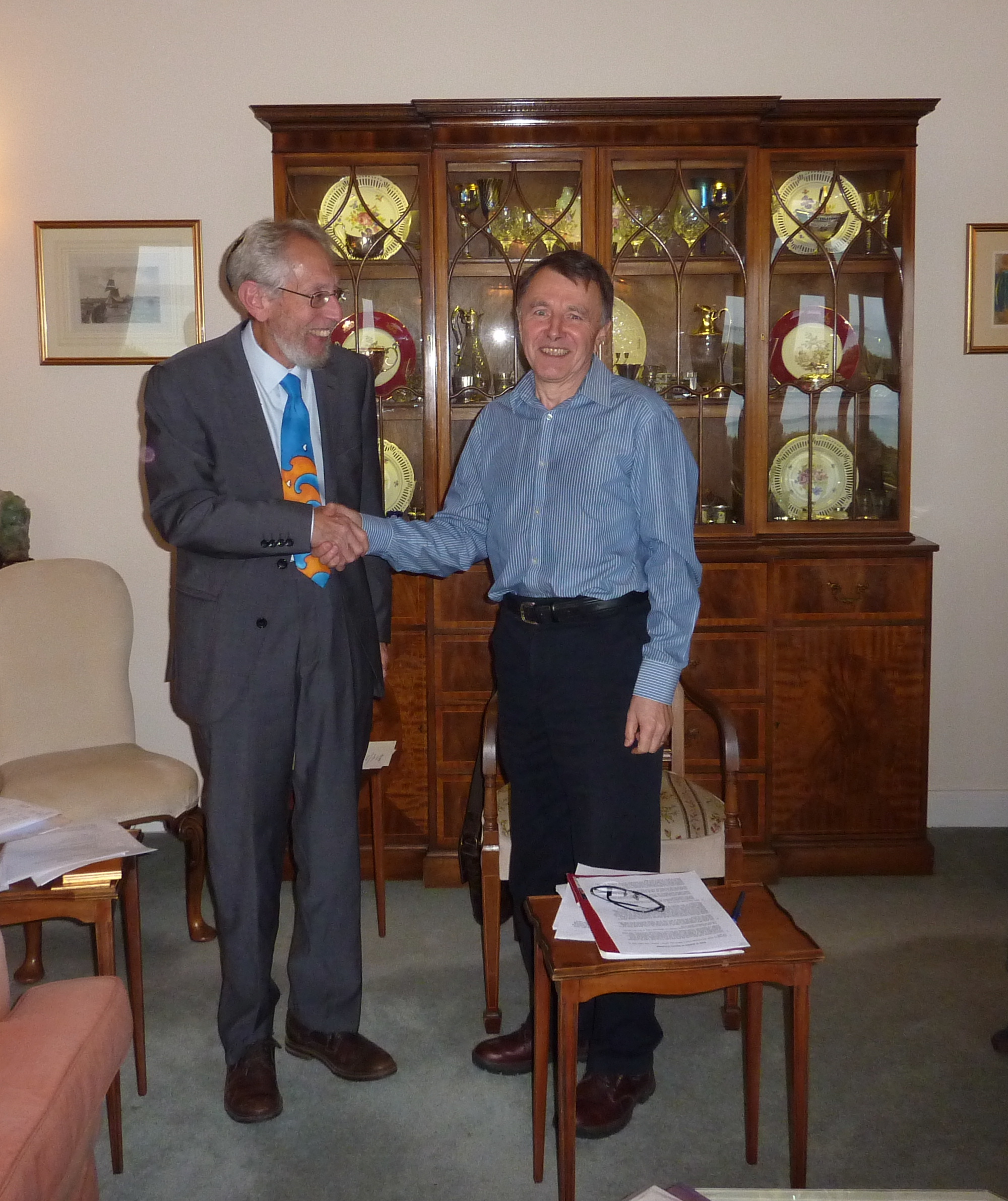 At the November 20th AGM meeting where 18 members of our community gathered, Harvey Kurzfield officially stepped down as chairman of Kehillat Kernow. Jeremy Jacobson was unanimously voted in as our new chairman. During the meeting at the Liperts house, both Harvey and Jeremy gave moving speeches about the community and the contributions made by various members.

Harvey’s spoke about how eventful his years as chairman of KK were, the numbers of people he was privileged to meet (including Queen Elizabeth II, the Duke of Edinburgh and Lord Rabbi Jonathan Sacks), and how much the experiences had meant to him. He paid tributes to various KK members but most especially to Jacqueline for all the love and support he has received over the years. He spoke of how lucky we are as a community to have Jeremy as our new chairman.

Jeremy elaborated on some of those themes but concentrated most of his remarks on Harvey noting how his humanity and quiet authority during his 16 years as chairman had made such a difference to the success, harmony, and growth of Kehillat Kernow.

In an elegant tribute to a man he obviously greatly respects and admires, Jeremy’s remarks underlined the gratitude felt by all of us for what Harvey has accomplished during his chairmanship. A letter of support, tribute and good wishes from Rev. Elkan Levy was read out by Leslie Lipert at this important occasion. A champagne luncheon followed.

Photos taken at the AGM